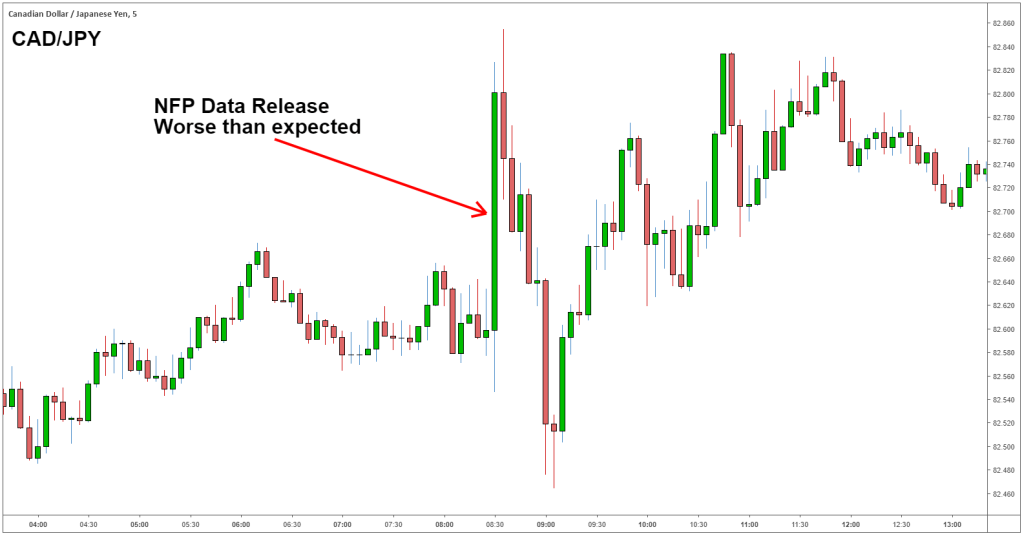 Non-farm payroll is a reliable measure of US economic health. If it drops, it signals that the US economy is slipping and a recession may be on the way. This news can have big ramifications for currencies such as the Canadian dollar and EUR/USD. In this article, you will learn more about how Non-farm payrolls affects currency pairs. Non-farm payrolls are a key metric in the United States’ economy, and they affect stock prices in a variety of ways. A strong jobs report may indicate a strong US economy and higher company profits, which will push stock prices higher. On the other hand, a weak jobs report may indicate a weak economy and decreased company profits, which will cause stock prices to fall.

The non-farm payrolls report is a critical economic indicator for investors and traders, and the monthly report gives a snapshot of how the US economy is doing. It is closely followed by traders and the Federal Reserve, which uses this report to make changes in interest rates. The Non-farm payroll report is released on the first Friday of every month, and its release is a major deciding factor in the market’s price action. The release of the NFP report can cause large price movements, and it’s also a popular trading opportunity for many traders. Traders can use a variety of strategies to trade the payrolls, including trading the trend and fading the initial move.

The non farm payroll is one of the most important data points on a monthly basis. Although the numbers can be tricky to interpret, they can give traders a good idea of the overall state of the economy. In general, the more positive the trend is, the better the market is likely to be. In particular, higher wages and lower unemployment are positive indicators. However, these numbers are subject to revision and the trend should be looked at over a longer period of time. If non-farm payroll growth is weaker than economists anticipate, the dollar may continue to depreciate.

Non-farm payrolls are released on the first Friday of each month and show the number of jobs in the US economy during the previous month. The data is also important because it includes information on the unemployment rate, wages, and revisions to previous reports. Any deviations in these figures will be looked at by traders, and the forex market will react accordingly. This could lead forex traders to sell U.S. dollars, as the weaker dollar reflects weaker economic growth. On the other hand, if the data are stronger, they could spur forex traders to buy U.S. dollars.

When it comes to trading currencies, one of the most important reports is the Non Farm Payroll report. This report is closely watched by many investors because it can lead to large moves in financial markets – both up and down – depending on the actual data. Traders who trade this report usually use several strategies to make money from this news. Popular techniques include fading the initial move and trading trends. However, before you can start trading with non-farm payroll, you need to learn how to trade it correctly. It’s crucial to remember that the non-farm payroll report is not the same every time. In order to spot a good trade setup, you’ll need to monitor the market for at least five NFP reports.

Another way to trade the Non Farm Payroll report is to short sell GBP/USD when it begins to rally. To do this, you must set your stop-loss order over the high of the rally. Alternatively, you can buy the position and place your stop-loss order under the recent low. The Non farm payroll is one of the most important economic reports released in the U.S. Each month, this report gives traders an idea of how the economy is doing. This report can help you gauge the economy’s strength and determine what currency pair to trade. It is a lagging indicator, which means that the numbers are impacted by the economy’s ups and downs. When the numbers are strong, it generates momentum in the market, as more jobs mean more consumers spending. As such, a stronger US economy means higher export values and higher orders for Canadian companies.

The Non farm payroll figure is released by the US Department of Labor, and it shows how many new jobs were created outside of the agricultural industry. It is released at 8.30am eastern standard time, which is roughly 1.30pm GMT. The number can change considerably from month to month, and traders closely monitor it. When the number is high, it’s generally viewed as a good sign for the US economy, while a low figure is seen as bad news.